Restaurant or cafe? What is the difference?

HomeBusinessRestaurant or cafe? What is the difference? 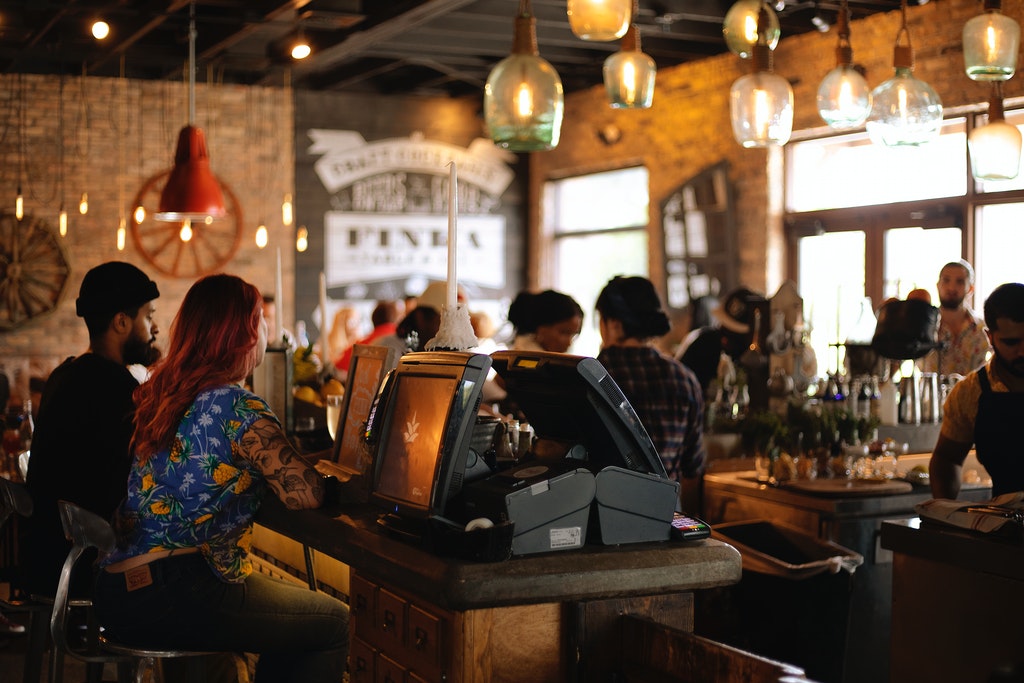 Restaurant or Cafe, a common confusion that sparks debate among friends. Restaurants or cafes are the two famous eating joints worldwide and are among the most favorite activities worldwide.

People go to restaurants or cafes to eat meals or have drinks and to hang out with friends and family, celebrate a life event, attend formal and informal meetings, or step away from home, also.

Many people find it difficult to distinguish between the two because of their pre-existing similarities. However, each serves a particular purpose and is a unique theme altogether.

The difference between the restaurant or cafe. Let’s look into it.

So what is a cafe?

The term cafe (spelled as café) comes from coffee. Cafe refers to an institution where people primarily visit to have their coffee.

In the USA, a cafe means an informal restaurant where the food served is primarily sandwiches and burgers. It is an institution that typically provides a coffee drink and light breakfast, and snacks.

Most of the eateries may be precooked.

The average consumer spend is somewhat low and would usually range between $2 and $10.

The right pronunciation of the cafe!

You must have visited a restaurant or cafe to socialize or eat your favorite meals but have you ever wondered how it all started?

For travelers, a cafe is one of the rare spots they can place themselves for a while to regroup and take a break when they are not in their hotels. In our day-to-day life, we do our work there or meet friends. There is something therapeutic about sitting at a cafe in a group of strangers, with no compulsion to speak or even greet.

Vienna was formerly known as the world’s leading city for coffee house espionage and culture.

The subsequent rapid propagation of coffee houses and the first of Vienna’s coffee houses was started by an Armenian spy called Diodato when he started his cafe in 1683.

Diodato served at the Viennese Imperial court was arrested for spying for both the Serbians and the Hapsburgs. Today passengers can look for The Johannes-Diodato-Park in the 4th district of Vienna.

The Viennese coffee house culture exploded in popularity at the turn of the 20th century. These cafes matured into gathering places for the writers, artists, and journalists who became disillusioned in the aftereffect of the First World War and suffered the total decease of everything they had earlier believed in.

Though all Viennese even now love a good coffee house and are satisfied with their coffee culture. The coffee houses played an essential part in developing Viennese history and culture.

Vienna is not the foundation of the European coffee house, opposite to the impression of many people.

The initial indications of the world’s coffee houses, dating to the 12th century, can be located in Mecca, and the first coffee shop in Europe appeared in Venice in 1647.

The tea and coffee houses’ situation as a platform for political protests, revolutionary ideas, and free expression developed early in different parts of Europe behind Vienna. For example, in 17th-century France, the royal court lost its primary function as a state forum.

By the 18th century, all famous philosophers and writers proceeded with their ideas and operated tea salons.

Some speculate that the caffeine seen in tea serviced these great writers and philosophers with creativity and energy to create and form their purposes late into the night. Their habituation of caffeine took them back to cafes time and again.

For example, the French writer Balzac is identified to have resorted to having dry coffee grounds to produce the warming effect when he wrote.

Furthermore, some people have claimed that most of the notable events in American and European history, such as colonialism, the Industrial Revolution, and the slave trade, occurred due to the addictive nature of caffeine included in chocolate, tea, and coffee.

After all, these things were among the most sought-after products of the colonial era.

In England, farmers were forced to subdue their normal circadian beat and work the night. They were ready to maintain extended working hours by utilizing caffeine.

As a result, coffee represented a huge role in leading in a new production process and added us to the Industrial Revolution.

So what is the restaurant?

A restaurant is a place that serves food and drinks to its consumers. It has more options than a cafe with more variety of drinks and foods available to customers. The food served in a restaurant is usually prepared and served after a customer orders from a menu.

Most restaurants around the world will have home delivery as an option, too.

Restaurants can have different kind of cuisine varying from food to fine dining, which indicates

At one edge of the range, it is likely to get a sandwich, or perhaps even a meal, for fewer than $5, but if one goes to a pretty high rated restaurant, it can cost some hundred dollars or even more.

The right pronunciation of the restaurant!

You must have visited a restaurant or cafe to socialize or eat your favorite meals but have you ever wondered how it all started?

The restaurant’s history began in the 18th century and the 19th century, which grew to become a popular business that we would understand today, is a complex one.

It’s believed, the first institutions that we consider “restaurants” began in the mid-eighteenth century in Paris.

The term “restaurant” is a French term referring to a kind of therapeutic meat broth or bouillon produced by steaming several types of meat. The frail ones who were unable to finish a full food were given the broths back then.

The organizations serving “restaurants” were luxurious with costly interiors and engaged wealthy clientele only. They were a far cry from the unpleasant taverns and inns that usually provided food to passengers.

Theories such as seating patrons at their private tables, a menu from which diners would pick their meals, service accommodating dining at endless hours came out of these companies. They became a permanent part of “restaurant.”

The French Revolution, which started in 1789 and ended in 1799, is attributed to a restaurant’s idea. The restaurants had existed in one manner or another for more than thousands of years, even before Louis XVI and Marie Antoinette were carried to the guillotine.

From the 20th Century, restaurants have endured notable changes, in part to technological developments in food production. It is no coincide the development of restaurants within history corresponds to the extension of cities.

Public eateries’ requirement was firmly set as far back as Ancient China and Roman Empire when peasants took their goods to the markets. They traveled for many days at a time, ending at roadside inns beside the way. Ordinarily located in the middle of the country, inns served food at a standard table to passengers.

Notably, back then, there were no menus or options to choose from. It was Chef’s choice, every night.

In France, before a brasserie emerged on each corner, they bought oysters from street vendors or ate from public platters laid out for inn guests.

If they had a little more money and time to spend, they would go to multiple traiteurs specialized in particular guilds or trades like baking bread or roasting meat.

According to the bible of French gastronomy, in 1765, everything changed with Monsieur Boulanger. Boulanger, who was a soup salesman, started the first modern restaurant in Paris 250 years ago.

According to Larousse, all appeared to be going amazing until Boulanger dared to serve sheep’s feet with white sauce-pieds de mouton à la sauce poulette.

This questionable menu tested the laws of the time. Boulanger’s opponents said his new meal took soup to a stew state. That is because, until the French Revolution, officials needed bakers, butchers, and other makers to hold to their trade.

Today, the restaurant used in various languages comes from the French term “verbrestaurer,” meaning to refresh or restore.

As the legend goes, Boulanger saw himself forced to assure the courts by distinctly preparing the egg yolk-enriched sauce on the side and then drenching it over the mutton.

After that, he did not step on the traiteurs’ area of cooking multiple ingredients together in a stew. Apparently, he won because Boulanger’s original restaurant still beats many history books. Boulanger’s restaurant was a pretty basic affair.

Larousse Gastronomique attributes the Grande Taverne de Londres, established in 1782, as the “first Parisian restaurant worthy of the name” for its individual table ambiance and diverse menu.

Only after a few years, all those private chefs who worked for the aristocracy found themselves unemployed when French Revolutionists sent guild power to the guillotine. Then, a “Restaurant Revolution” took Paris by turmoil supporting a new middle-class craving for an impartial table.

All the remarks of this first brave restaurateur unafraid to question the strict but silly rules of the Old Regime present any evidence of the existence of Boulanger’s.

With the changing and lifestyle of people, the perspective of a restaurant or cafe has changed. Food chains that originated primarily for meals and caffeine have evolved into a place to socialize and work.

Below is what changes have seen in restaurants or cafes to become a modern eatery.

With a new world of apps, customers’ expectations have undergone a total alteration for restaurants or cafes. Speed and performance have taken on new significance concerning every portion of the restaurant experience, from making reservations to making orders and payments.

Consumers require things to be done fast, efficiently, and fairly the first time. There is no deficiency of tech choices out there to help restaurateurs deliver the perfect services to customers.

A growing number of restaurants or cafes opt for an open kitchen concept with the new “nothing to hide” reasoning instantly entering the industry — from informal to more conventional businesses.

That being said, kitchen workers in those restaurants or cafes now need to be more conscious of their image and the discussions they have throughout work hours, being so open to consumers.

The frequency of people eating out in a restaurant or cafe has grown exponentially. No longer is eating out held only for special occasions, but instead a necessity that has come out of frequently hectic lifestyles and the more food-savvy public.

What does this do for a restaurant or cafe? Changing menus, regular menu re-evaluations, the need to stand out are in the cards and new additions for many establishments that want to be the favorite place.

There is a new and unusual addition to the restaurant or cafe world – women. Women are making themselves heard around culinary schools as best chefs in universally acclaimed eateries and restaurant owners.

They are stepping into a restaurant or cafe business environment, which males traditionally led, just like many other industries.

Social media has transformed each industry, and the restaurant or cafe business is no exemption. Professional judges are no longer the end-all for new establishments; their views are relevant, but situations like Yelp suggest that the everyday customers’ theories can make or break the status of a restaurant or cafe.

Bloggers with tremendous followings design sites applied to their love of dining and food, leaving restaurant or cafe feel more open to analysis and reports. Restaurants now need websites and rely on sites such as OpenTable to draw in customers.

Next Story
Top 10 Places You Must Visit Before You Die